I am very pleased with the entire process: good people providing good product and service at a reasonable price equals good value. Thank you.

Thanksgiving began in 1621, but didn’t become a national holiday until 1863, when Abraham Lincoln declared it in hopes of bringing a divided nation together. We have many Thanksgiving traditions in this country, from turkey at the meal to the annual Cowboys and Lions games on television. But one of the most beloved is the annual Presidential turkey pardon, in which the U.S. President “pardons” a turkey to life in a petting zoo rather than ending up as someone’s main course. As we celebrate this Thanksgiving, we thought you’d like to know a little more about the history of this fascinating tradition.

Farmers have sent turkeys to the White House as far back as the 1800s, hoping to have the honor of providing the President’s annual meal. There have been scattered stories of individual turkeys being “pardoned” throughout that time, including one in which President Lincoln’s son Tad successfully convinced the president to spare a bird intended for the family’s Christmas dinner.

Starting in 1947, the National Turkey Federation became the official supplier of the President’s Thanksgiving birds. The White House arranged for an annual photo op that year with the President receiving the turkey in the Rose Garden. Sadly, there was no pardon as yet; those birds all ended up on the Presidential table.

The push for an official pardon picked up steam in 1963, when President Kennedy ask that the bird be spared just a few days before his assassination. President Nixon opted to send each of the birds he received to a nearby petting zoo after the photo op, though there was no formal pardon attached.

But it wasn’t until 1989 that the pardon became official. On November 14 of that year, President George H. W. Bush made the announcement, and sent the bird to a Virginia game preserve to live the rest of its life out in cranberry-and-stuffing-free bliss. Since then, every President has held an annual pardoning ceremony, with the lucky turkey spared the axe and sent off to live in peace. Since 2005, the pardoned birds have gone to Disneyland in Anaheim, California where they have lived as part of a petting zoo exhibit in Frontierland.

No matter what traditions you enjoy this holiday, or who you enjoy them with, all of us here wish you a peaceful and happy Thanksgiving weekend.

It’s important to make sure that your business or commercial property has an excellent heating and cooling system so that you can control the temperature year-round. This can only be achieved with professional commercial HVAC services. Such systems are larger and more complex than residential systems and they need to be installed by a qualified technician to function properly. Let Downtown Air and Heat take care of your commercial space, whether it’s an office space, restaurant, or retail store. Call us today to find out more about your commercial HVAC installation options in Orlando, FL.

It’s important to hire a contractor who can address your entire HVAC system, from custom ductwork design and construction to finding a heating and cooling system that matches your commercial property or business exactly. Call Downtown Air and Heat today to learn more about what we can offer you.

Why Hire a Commercial HVAC Technician?

If you own a business or commercial property, then you realize how vital it is to have a great team around you. But equally important as your personnel is your infrastructure. Whether you are in retail or the food service industry, you know how important presentation is to your clientele. Your HVAC system is a major contributing factor the happiness of your customers, employees, or tenants. We offer professional commercial HVAC services in Orlando, FL that can make sure your venture is a success. Whether you need a new heat pump installed or your AC needs to be fixed, Downtown Air and Heat can help. Call us today.

Whatever your commercial HVAC need, make sure you hire a pro. Call Downtown Air and Heat today for quality services. We provide commercial HVAC installation, repair, replacement, and maintenance services for a wide range of equipment, from heat pumps and central air conditioners to ductless mini splits. We can also handle any ductwork services you might need.

Why You Should Change Your Filter… Regularly

Changing your filter regularly keeps your system clean and helps you get the most out of your air conditioning system.  It is the single most important thing you can do as a homeowner to maintain your air conditioner, but is often over-looked or forgotten.

Sometimes we forget to change our filter for a few months or don’t have the proper size.  Below is a picture of what can happen when a filter goes unchanged for a long time.  This was discovered by one of our technicians performing a precision tune up (maintenance check) for a new customer. 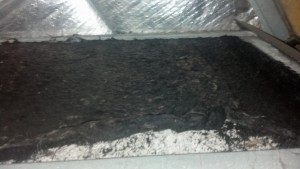 The filter for this system was left unchanged for well over a year.  At some point, the suction power of the air handler sucked the clogged filter into the return, allowing air and dirt to flow around it.  The result was a thick layer of hair and dirt, completely blocking the evaporator coil. 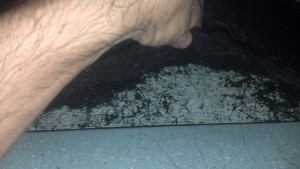 This customer lucked out in a way that very few do.  The large volume of hair created a mat that could be peeled off without removing the coil.  Most of the time, the refrigerant would have to be recovered, the coil cut out of the air handler, cleaned, reinstalled, the system evacuated, and recharged with refrigerant. 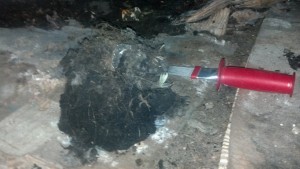 When the job was done the hair and dirt removed from the coil was approximately the size of a grapefruit.  Needless to say, this made a huge difference in this system’s performance. If it’s time to change your filter, call the professional Orlando, FL air conditioning technicians at Downtown Air and Heat to set up an appointment.

Air Conditioning FAQ: What Is a Contactor?

Simply stated, a contactor is an “ON/OFF” switch for an air conditioner or heat pump; the unit located outside your home or business.  When it becomes too warm or too cold, the thermostat sends a 24 volt current to the contactor and the outside unit comes on.  When the desired temperature is reached, the thermostat stops sending the 24 volt current and the unit shuts off.

Here’s how it works?

Two high voltage wires power your outside unit.  Under normal conditions, power is supplied continuously.  These power wires are connected to your contactor, which breaks, or interrupts the flow of electricity to the system components (Compressor & condenser fan motor).  Wires on both sides of the contactor are connected by a spring-loaded metal strip or strips.  When the thermostat calls for the unit to come on, a current travels through two low voltage wires to a coil at the base of the contactor and creates an electro-magnetic force pulling the metal strip down and bridging the gap between the two sets of wires.  Think of a draw-bridge being lowered to allow traffic to cross a river.  When the thermostat is satisfied, the room temperature is where it should be, the electro-magnetic force stops and the spring pushes the metal strip(s) away from the wires, breaking power to the unit (the bridge is up). 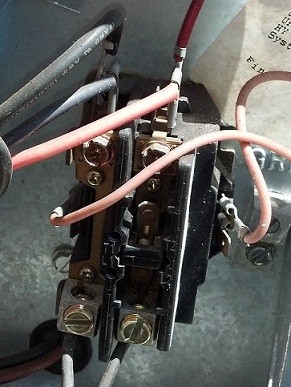 Looking at the picture, the high voltage wires are on the bottom and the top.  The smaller wires on the sides supply low voltage power to the coil, which is at the base of the contactor (not visible in picture).  The metal strip, the part that is raised or lowered, is on the front-right side.  This contactor only breaks one of the two high voltage wires, others break both. To learn more about how your AC works, call the Orlando, FL air conditioning experts at Downtown Air and Heat.

Why You Should Take Advantage of Professional Heating Maintenance

Does your heater operate as it should? Do you find that it no longer heats your home as it once did, or that your energy bills have skyrocketed from one month to the next? It’s important to make sure that your heater is not only professionally installed but also professionally maintained. While installation can secure the functionality of your heater, it’s not enough to secure its future. Throughout its service life, your heater endures a significant amount of wear and tear and it accumulates dust and other debris. Such factors can take their toll and can lead to inefficient heating and reduced system longevity. In today’s post, we’d like to explain why you should take advantage of professional heating maintenance. Call Downtown Air and Heat to see what we can do for your heater.

The first reason to sign up for heating maintenance is to make sure that your heater lasts as long as (or longer than) it should. This is an important consideration for strictly budgetary reasons. New heater installations are major investments and you want to make sure that your get your money’s worth from your system. Unfortunately, many homeowners think they can merely leave their systems alone after installation, but you may place your system at risk if you neglect basic maintenance.

Another reason to take advantage of routine heating maintenance is that your heater will simply perform much better. During the course of its service life, your heater may accumulate debris that can cut down on system effectiveness. Simply put, when your system is clean, there is nothing to get in the way of the energy conversion and heat distribution processes. If you want a solid performer, then your heater needs to be kept clean and properly adjusted.

Lastly, everyone knows that heating and cooling the home uses energy, which costs money. There’s no getting around this hard truth, but while we cannot control the cost of energy, we can control how we use it. By signing up for routine heating maintenance in Orlando, you can make sure that your heater is highly energy efficient. Call Downtown Air and Heat for details on why you should take advantage of professional heating maintenance in Orlando, FL.

services can help increase the average lifespan and improve the performance of your air conditioning unit. Request a free estimate today!